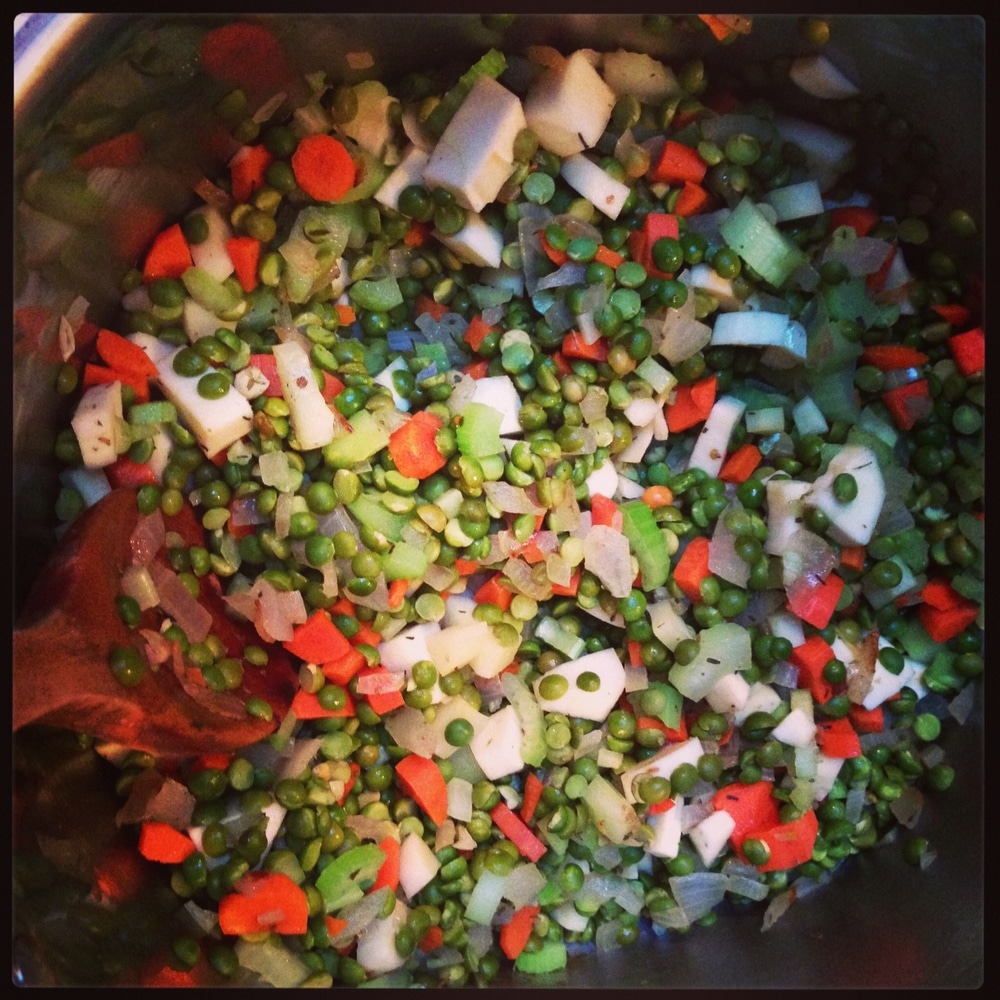 The weather has cooled off and that makes me crave one thing…SOUP! I scrounged around in my cabinet and my fridge to see what was lurking. I found 2 jars of split peas, and I thought…hmmm, Split Pea Soup!

I had a parsnip on hand so I threw that into the mix, but this soup would also be awesome with a garnet or Japanese yam. I love to cook with yams, as I love their sweetness and heartiness, but I decided to give them a little break this time around.
Most split pea soup is made with ham, but this vegan version is tasty AND good for you!

Melt coconut oil in a soup pot over medium heat. Saute onion, garlic and celery until soft. Add herbs and paprika and saute for another few minutes to release flavor of herbs. Add carrots, parsnips, split peas and veggie broth. Stir well to combine. Turn heat to high and bring to a boil. Once boiling lower heat to simmer, cover pot and simmer for about 50-60 minutes or until split peas are soft and mushy, stirring occasionally. Add liquid smoke, if using and season with salt and pepper.

How to Build New Habits that Stick

How to Recover from a Binge